African Americans, on the other hand, arrived in America under different conditions. Those conditions involved being enslaved, emancipated, segregated, and left out of the American dream via Jim Crow. Slavery was highly profitable for America but detrimental to blacks’ physical, mental, and spiritual embodiment in America.

Still, in the present, those effects of slavery are reverberating in our community as we speak. In my opinion, building generational wealth in Bitcoin may be the most intelligent move African Americans can make with their money. A large portion of gaining that wealth is learning how crucial financial IQ is for African Americans regarding Bitcoin.

The best way of converting the minds of black folk is collective economics when it comes to digital assets coupled with a robust financial IQ. Then organization on how that wealth is circulated and retained in African American communities has to be a top priority. Dr. Claude Anderson’s book PowerNomics can be utilized in the digital age to speed up the race of digitized economics for the benefit of African Americans.

The banking experience for African Americans has been shaky. Most times, if you keep an ear to the street in these communities, financial literacy has tiers of inconsistency, mistrust, and poverty scars. Bitcoin peels back the layers of faulty Keynesian economics and ushers in a different way of thinking about money and the value it brings.

The Black Bitcoin Billionaire organization keeps black investors informed, easily found on popular social media sites like ClubHouse and Twitter. The group comprises forward-thinking African American men and women aiming to fix the systemic issues plaguing African Americans’ access to financial education. However, still, this sector is an untapped source of generational wealth if utilized correctly. BBB pushed members to become Satoshi Millionaires, which requires 0.01 Bitcoin to be considered one, and it’s caught on like wildfire.

According to Nielsen HomeScan, African Americans have a whopping 1.2 Trillion dollars of spending power. Imagine if a portion of that is allocated to Bitcoin instead of fiat debt and frivolous consumer spending. That common goal of what African Americans spend their money on is always a topic of conversation. Bitcoin is no different. What you spend your money on could determine the amount of dollar-cost averaging you contribute every day, week, month, or year.

Time preference is different for everyone. Culturally, African Americans enjoy the get it how you live mentality. The proverbial notion that black people and their time management works around “Black People Time” will be challenged in the digital age. Everything is fleeting in our culture because being Black in America is a risky proposition. Not to cast aspersions, but our culture fails to understand who we are and how valuable time is due to the suppression of self-knowledge. Hip Hop artists put wads of cash to their eardrums, teaching the youth bad financial advice through 808 drum patterns. The local hustlers in impoverished communities drive expensive vehicles and throw money in the clubs for all to see.

This topic for me as a columnist is complex to elucidate because the data paints an entirely different picture of so-called “black wealth.” As the media often portrays the conditions of African Americans. The welfare state has turned our most precious commodity, our women, into bearing children as a form of passive income facilitated by government checks. Affluent African Americans distance themselves from the ghetto living in fear stagnation will rub off onto the financial holdings they built over time. Yet, no one is passing along the gem of time valuation and building towards a financial haven like Bitcoin. From the outside looking in, someone would read these things, which are essentially not true, and deem them proper without ever stepping foot in the communities they judge. Until now. A famous African proverb goes along the lines of “If you are building a house and a nail breaks, do you stop building or do you change the nail?”

Bitcoin can protect the value of your hard-earned labor into the future. Money is just a way to store your energy. We are getting down to the bare bones of wealth, which is time, energy and value. A 10% return will not make black people wealthy overall; this is why financial instruments like stocks seem tedious and time-intensive to people of color. The stock market requires financial know-how, and betting against trading bots gets more challenging by the day. Bitcoin is super easy to invest in with fiat dollars. You buy some. Secure it. Hold it over a long period. Then depart with it only after great strain. Whatever you sell it for, it must have a significant impact on your quality of life. If not, don’t.

We have to think about wealth differently. Generational wealth is something you keep. It is something that grows not frivolously disregarded. Bitcoin has given over 200% returns in the last decade. That is real value for your time invested, and it isn’t comparable to anything else man has traded, financed, or hoarded prior. The mental battle for black people regarding value, money, and time is permission from advertising or celebrities to buy certain items. We always need confirmation or approval to invest in something because we do not feel valued in our jobs or society, so the money we make is quickly spent on items to trick us into feeling valued. Bitcoin is about delayed gratification and is the best example of value over your time.

Bitcoin appreciates as you invest in it over the long term. When you work a job, you have to work harder to keep up with the cost of living and the cost of capital. Only to gain a paycheck that will be heavily taxed and eroded by inflation. Every transaction can either make you richer or poorer. Personal finance is personal. If you have to sell your Bitcoin to pay the rent in six months because you do not have a rainy day fund somewhere along your investment journey, your money was not working for you, but you are working for it. We have all been in those scenarios where we overspend. The best part is learning from your mistakes and using them as fuel to build generational wealth.

Bitcoin is a worldwide Mischel’s Marshmallow test for humanity. That test is even more challenging for African Americans because we do not traditionally come from privileged backgrounds, so delayed gratification can be insensitive to those that don’t have that luxury. That is why goal setting and bucket lists are crucial. Set a goal on where you want your Bitcoin holdings to be in a month, year, and decade. I wouldn’t  recommend giving your time away for nothing in return. Educate yourself on what level of time preference will be the deciding factor in your future finances. This rat race cycle is tough to break away from, but Bitcoin may be the ticket out of it.

In 2014, African Americans were less likely to know about and use Bitcoin. By 2021, African Americans will have the fastest adoption rate amongst U.S adults. In October, Time Magazine eloquently highlighted the world of black crypto and how quickly adoption is gaining traction amongst diverse demographics. Bitcoin has even reached the HBCU campus of Howard for the Black Blockchain Summit.

Sinclair Skinner is an American engineer and Bitcoin genius behind the summit and does not shy away from letting the world know change is coming for both Bitcoin and the black people that invest in it. Who else can get 1,500 attendees wearing “Satoshi is Black” T-Shirts to support Bitcoin and black blockchain. Bitcoin gives individuals, communities, and the world access to a system they’ve otherwise denied for so many years.

Kraken recently gifted 4.5 Bitcoin to diversity-focused Bitcoin group Black Bitcoin Billionaire. At the time of granting the Bitcoin, it totaled in the range of $150,000. Kraken is one of the largest cryptocurrency exchanges and has about 4 million users. The union between the two is enormous for Bitcoin and gargantuan for African Americans in the cryptocurrency space. Black Bitcoin Billionaire has already put the money to good use via ‘Tech Demo Days.” The demo day allows entrepreneurs to pitch their tech ideas to a panel of esteemed entrepreneurs, investors, and technologists. The winner will receive $20,000 in Bitcoin. One of the most interesting and, in my opinion, innovative ways for African Americans below the poverty line to gain Bitcoin is the demo day winner is BTC Impact!

Co-Founder Kim Booker is another prominent example of an African American woman making a change utilizing Bitcoin to uplift her community. Plans to use the winnings to S8S9 installs s9 BTC miners into section 8 housing units to generate a revenue stream for housing departments and tenets, who then can use the proceeds to subsidize down payments or upgrades towards first-time homeownership.

I have very high hopes for the future of generational wealth for African Americans that use Bitcoin to change the trajectory of their finances for the future. We all have an integral role in Bitcoin’s success. Still, more importantly, African Americans have a role in building Bitcoin to benefit their culture, families, and future business ventures like everyone else. Many new black educators, athletes, developers, authors, media personalities, and entrepreneurs are gaining momentum in business and community rehabilitation using Bitcoin as the source of innovation for the better. That’s a good thing. 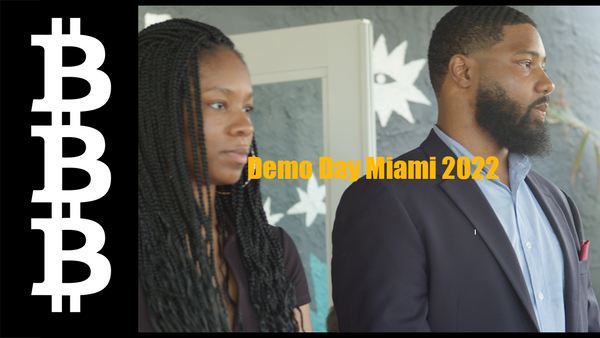 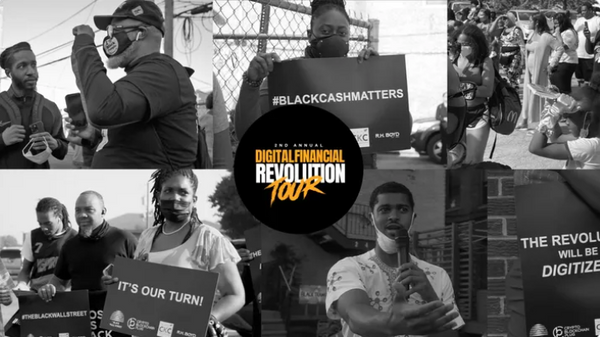 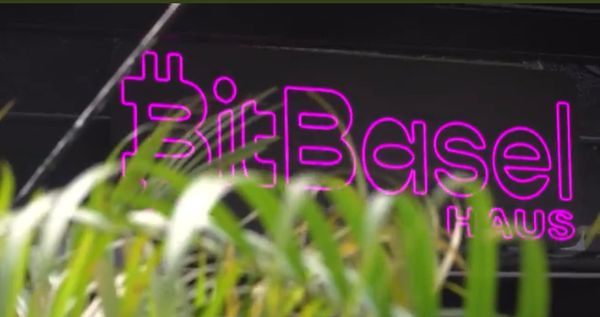 Not to get religious, but for any bitcoiner attending the Bitcoin Conference in many ways is a pilgrimage you need to complete at least once in your Bitcoin journey. The expedition isn't necessary, but it doesn't hurt to have that accomplishment under your belt. This year, I completed my conference