Bitcoin, the digital currency of the future, had an eventful 2022. People from all walks of life, including developers, entrepreneurs, and investors, made significant contributions to Bitcoin throughout the year. Here are some of the people who defined Bitcoin in 2022 that Black Bitcoin Billionaire would like to highlight:

Bernard Parah is the CEO and Founder of Bitnob. With Bitnob, African users can save their money from inflation and have access to it from all over the world through the power of Bitcoin and Bitnob. Bitnob offers many other options, like Dollar-Cost-Averaging plans and much more. It also operates a Bitcoin Lightning Network integration which promises free, instant, non-reversible remittances of any size to and from the United States, Nigeria, and Ghana. This system could disrupt and improve how money is transferred across the world. Jack Maller, the CEO of Strike, has partnered with Bitnob recently.

Strike and Bitnob have partnered to create a system that makes remittances quicker and more affordable than ever before. The system allows users to send money from one country to another using Bitcoin as the medium of exchange. By using Bitcoin, transactions can be completed in minutes rather than days, allowing people to move money without waiting days or weeks for the transfer to complete.

Lamar Wilson is the co-founder of Black Bitcoin Billionaire and CEO of Wilsondom LLC. Lamar Wilson is renowned in this Bitcoin niche; Lamar and his business partner, Lafe Taylor, created one of the first Bitcoin wallets for Apple’s IOS, Android, and Chrome. Black Bitcoin Billionaire is the largest Bitcoin social club on the internet, touting over 150,000 members and counting.

Lamar Wilson has been teaching and evangelizing Bitcoin for years; he even connected with Jack Dorsey to lead underserved communities for The Bitcoin Academy. Black Bitcoin Billionaire is a popular online resource for anyone learning about Bitcoin and how to use it. With detailed guides and informative blog posts, Black Bitcoin Billionaire helps users understand the basics of this emerging technology and offers tips and insights on how to maximize its benefits.

Whether by spearheading Recursive Capital as its CEO or as a Bitcoin Core contributor who has received $50,000 in Bitcoin from the Human Rights Foundation for his work on Bitcoin wallet software, Abubakar is on the board of ₿ trust, which Shawn Carter initially spearheaded. Jack Dorsey, who donated 500 BTC to the ₿Trust endowment to fund Bitcoin development, initially focused on teams in Africa and India. Abubakar lives by the Bitcoin ethos and plans to have a bright future, building and educating the masses on Bitcoin.

Justin Rhedrick, also known as The Bitcoin Vegan, embodies Bitcoin prison reform. Justin did a stint in prison after dropping out of college when his mother lost her home to foreclosure. That setback amplified the pressure to get it out of the mud, leading to the wrong crowd and people. After returning from prison in 2014, Justin started diving into Bitcoin education rapidly. The felony on his record would not stop him from his entrepreneurial pursuits.

He did not want to settle working an occupation limited to felons, so he opened a vegan food delivery service called “Vegan On The Go.” This is where Justin fostered Bitcoin Vegan’s name. While inside, Vegan often mentioned stamps on the prison yard as a form of a stable currency and wanted to translate Bitcoin’s power similarly. Justin as been featured in Afrotech, The Boston Globe, Nasdaq, VICE, Yahoo Finance, FOX SOUL, Bitcoin Magazine, Coindesk, and more.

In the summer of 2022, Justin worked alongside Lamar Wilson at The Bitcoin Academy, teaching the power of Bitcoin to underserved communities in partnership with Jack Dorsey and Shawn Carter. His book “From Bars to Bitcoin” has recently been made into a documentary thanks to Will Foxly media, strategy director of Compass Mining, on Justin’s journey from incarceration into Bitcoin.

Kgothatso Ngako is a catalyst working on Machankura. The Machankura app turns your phone into a lightning wallet, allowing you to send and receive Bitcoin with your mobile number. This new technology will accelerate Bitcoin adoption across Africa without using the internet.

One of the biggest hurdles in Bitcoin throughout Africa is internet access and electricity Kgothaso has created a solution with his USSD innovation. Machankura is an innovative product that enables you to access Bitcoin using USSD. USSD allows the user to dial star a number star hash to send and receive money on Machankura and the many possibilities available to millions of Africans in a place where they don’t have a smartphone.

Charlene Fadirepo, the founder of GuideFi, which connects women and people of color with financial advisors, is a Black Bitcoin Billionaire moderator and Host of The Bitcoin in Africa Podcast. Charlene Fadirepo, for the second time, has made it onto the pages of Time Magazine. The Ultimate Guide to Cryptocurrency special edition highlights Cleve Mesidor and Sinclair Skinner as power players. Charlene speaks about her company GuideFi and how educating investors on Bitcoin’s potential is paramount for generational wealth.

Changing the narrative that Bitcoin is a woman like Charlene slowly overturns an asset catered to men. Charlene was recently a speaker at The African Bitcoin Conference geared towards individuals interested in learning more about cryptocurrency and blockchain technology, particularly Bitcoin.

Farida Bemba Nabourema is a Togolese human rights activist and writer who has fought for democracy in Togo since she was a teenager. When she was 20, she founded the “Faure Must Go” movement, calling for civil resistance in the interests of democracy. Realizing Bitcoin is the best example of digital freedom, which is why Farida has decided to make it a part of her mission to promote financial independence and human rights.

Anita Posch is a Bitcoin advocate, educator, podcaster, author, and founder of Bitcoin for Fairness. Before she started her educational Bitcoin work in 2017, Anita gained over 20 years of experience in web development, e-commerce, and online business. Disillusioned by the centralized nature of the internet, consumerism, and surveillance capitalism, she spent 2016 in Berlin on a mission to change. Her advocacy for Bitcoin in Africa is paramount. She has been traveling to Zambia, Zimbabwe, El Salvador, and South Africa to teach underserved communities about Bitcoin.

Janet Maingi is the co-founder of Gridless, a renewable Bitcoin mining company based in Kenya. Janet understands Africa is a renewable energy mecca, and Bitcoin can change the connectivity of all aspects of society in Africa. Jack Dorsey’s digital payments firm, Block, and Alyse Killeen’s bitcoin-focused venture firm Stillmark have led a $2 million seed investment into Gridless.

Gridless designs operate and build Bitcoin mining facilities alongside small-scale renewable energy producers in rural Africa where excess energy is not utilized. People should not ignore Janet’s influence in the region because Bitcoin is a signal everyone will eventually see and hear all that she is accomplishing.

Najah Roberts, Chief Visionary Officer of Crypto Blockchain Plug, unbeknownst to many, builds that bridge to help plug her community into accessing cryptocurrency education. I doubt you will see kids bending spoons at her business, but you will see them learning how to navigate ASIC miners and NFTs. She brings a sense of leadership and education with many programs like crypto kids camp, co-workspaces, buying and selling Bitcoin, and making Silicon hoods. These services cumulate the great things she is doing for communities of people that typically get left behind in the generational wealth race.

Najah Roberts owns an over-the-counter Bitcoin exchange and has a considerable footprint in bettering her community. Crypto Blockchain Plug is the first African American, woman-owned Cryptocurrency over-the-counter brick-and-mortar lounge in the country and one of the only brick-and-mortar Cryptocurrency exchanges in the United States. Crypto Blockchain Plug has positioned itself to effect change and foster mass adoption in every area of the Bitcoin space.

From Bars To Bitcoin is the story of Justin Rhedrick, a former convict who turned his life around and found success in the Bitcoin world. After serving a prison sentence for a home invasion, Rhedrick started with a new career path involving Bitcoin, redemption, and triumph. His mission is to

A powerhouse of Bitcoin enthusiasts joined forces in Africa on December 5–7th, 2022. Taking place in Accra, Ghana, this three-day event brought together some of the biggest names in Bitcoin from across Africa and beyond. This conference will discuss topics related to Bitcoin and blockchain technology and offer a 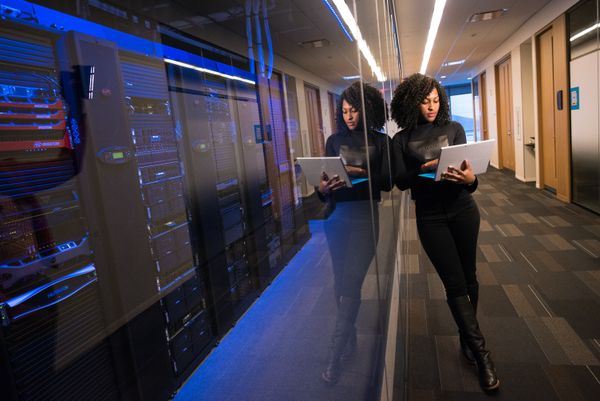 We're sharing some good news in the space. Foundry reached out to Black Bitcoin Billionaires about job opportunities within their company. Here at BBB, we hope to share more of these in the next year as we find companies that are looking to add to their workforce from the enormous